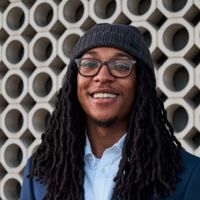 Ryan has worked at one of the nation's most esteemed Black think tanks, one of Chicago's top B2B Tech PR agencies, a top 3 global PR firm, and led a direct action group during the 2020 uprisings. During Ryan's professional career he's consulted brands such as Facebook, Samsung, Amazon and Google. Ryan has featured on; NPR, PBS, a Kansas City Art Institute Lecture, a lecture at University of the Arts London, as well as the Annual International Symposium (Digital Ethics for a Sustainable Society). Under Ryan's leadership The Kansas City Defender has produced numerous viral and national news stories, reaching over 10 million people and growing a social media following of over 25,000 across platforms in its first year.