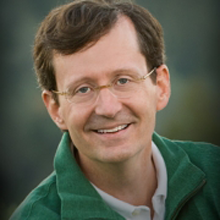 John is co-founder and CEO of AllSides.com and AllSidesForSchools.org. Throughout his career, he has been a builder of tools, teams and companies that empower people and improve the world. Before his nearly 30-year career in technology, he worked in Republican politics in the 1980s for Bush, McConnell, and the Republican National Committee. In the early 90s, he switched to high tech where he led the product management team for Netscape Navigator, helped ship the first version of Firefox, and held executive and management positions with Microsoft, AOL Time Warner, Kavi Corp, and Check Point Software. His research interests include media bias, polarization, and the impact of technology on news. Gable’s writing has been published in USA Today, The Huffington Post, The Christian Science Monitor, and The Cook Political Report. In 2017, Gable gave a TED Talk on freedom from filter bubbles. Most recently, Gable was invited to present his research on technology and transparency to the Select Committee on the Modernization of Congress.