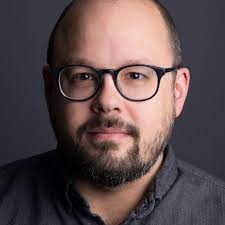 Terry Parris Jr. is the Public Square Editor for Headway, a new initiative from the New York Times that will investigate significant national and international challenges through the lens of progress, or the obstacles to progress, and the physical world. Prior to Headway, he was the engagement director at THE CITY, where he developed several impactful community engagement initiatives such as Missing Them, a collaborative project to report and tell stories about the thousands of New Yorkers who’ve lost their lives to Covid-19. Terry was also a deputy editor at ProPublica where he led the organization’s engagement team and worked with reporters and editors across the newsroom on some of the organization’s highest impact investigations. He’s won multiple awards for this work in engagement, crowdsourcing and social media. He was also part of the team that was a finalist for the 2017 Pulitzer Prize in explanatory reporting for the work they did on ProPublica’s Machine Bias project. Prior to ProPublica, he was digital editor at WDET 101.9 FM, NPR’s affiliate in Detroit. He also teaches in the engagement journalism program at the Craig Newmark Graduate School of Journalism at CUNY. He earned a bachelor’s degree in journalism from Wayne State University in Detroit.