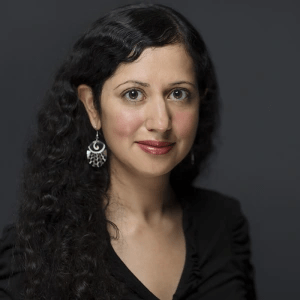 Rubina Madan Fillion is the director of strategy for The New York Times Opinion section. She was previously the director of audience for Times Opinion, leading a global team of editors focused on reaching new audiences and deepening The Times’s relationship with them across many different platforms. She was also the founding director of audience engagement at The Intercept. Rubina spent seven years at the Wall Street Journal as a social media editor and graphics editor. She has taught graduate-level digital journalism courses at Columbia University and New York University. She serves on the boards of the Online News Association and the Deadline Club, New York’s chapter of the Society of Professional Journalists. Rubina was part of the 2017 cohort of ONA’s Women’s Leadership Accelerator. She holds a bachelor’s degree from Emory University and a master’s degree in journalism from Columbia University. Rubina lives in Astoria, NY with her husband, daughter and son.