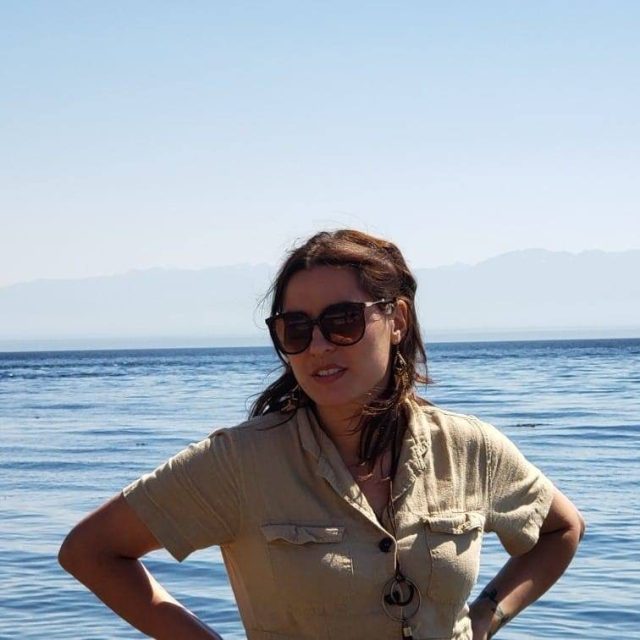 Katłįà (Catherine) Lafferty is a northern Dene/Cree/Metis novelist specializing in intellectual property law with a focus on mitigating cultural appropriation and Indigenous victimization in storytelling narratives.

Her memoir Northern Wildflower (Fernwood/Roseway Publishing) published in 2018 was the top selling book in the Northwest Territories upon release and is used as a teaching tool in Indigenous literary studies across Turtle Island. Her recently released fictional novel Land-Water-Sky/Ndè-Tı-Yat'a (Fernwood/Roseway Publishing) was nominated for a 2021 Indigenous Voices Award.

Katłįà has been a bi-weekly columnist for her hometown newspaper Northern News Services since she was sixteen years old at a time when reporters produced their own photography in a dark room and editors chain-smoked cigarettes at their desks. Her freelance work has since been published nationally and internationally in the Toronto Star, National Geographic, CBC North, Briar Patch, the National Theatre of Canada, Council New Chapter, Grain Magazine, Reasons to Be Cheerful, Indiginews, and The Tyee.

Having served as Council member for her First Nation and sitting on numerous boards throughout her career, including the University of Victoria Faculty of Law Board of Appeal Journal, Katłįà is now Chairperson for the Keeper of the Circle National Indigenous Women’s Housing Initiative.

Katłįà is a member of the Yellowknives Dene First Nation from Somba K’e (Yellowknife), Northwest Territories. Having grown up in Somba K’e, she currently splits her time between her northern homeland and the occupied and unceded lands of the Coast Salish peoples in lək̓ʷəŋən territory where she is in her third year of the Juris Doctor in Common Law and Indigenous Legal Orders with the University of Victoria.