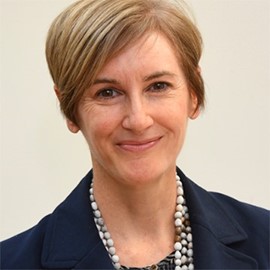 Caro joined the Thomson Foundation in June 2021 from CNN where she was Director of Coverage, EMEA – overseeing television and digital coverage internationally.

She was previously head of international news at Sky News and held leadership positions at Associated Press (AP), as Europe news director based in London, and as news director for Russia, based in Moscow. She also headed AP’s international video division for six years.

Caro has led award-winning teams covering major international news stories including conflicts, natural disasters and terror attacks on every continent for more than 20 years including the Boxing Day Tsunami, the death of Nelson Mandela in her native South Africa, and three changes of the papacy in Rome.

While based in Moscow, as one of AP’s first regional hub leaders delivering multi-format content, she oversaw coverage of the 2014 Ukraine war and secured the news cooperative’s first interview with president Vladimir Putin.

Over the past two decades Caro has managed large-scale transformation programmes to adapt content for digital audiences, restructuring projects, increases in multi-skilling, and workflow management changes gaining a deep knowledge of the commercial media landscape as the focus moves to digital.