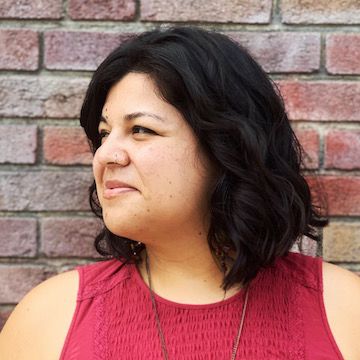 Andrea Gutierrez (she/her) is an award-winning audio journalist in Los Angeles. She is currently a producer on NPR podcast It's Been a Minute, where she is drawn to stories at the intersections of identity in arts and culture. Gutierrez has also worked as a producer on Planet Money, and her work has appeared on Code Switch, Alt.Latino, All Things Considered, and Up First. Her work has won awards and honors from the Podcast Academy ("Ambies"), Los Angeles Press Club, NAHJ, and NLGJA, and she has won fellowships from RIAS Berlin Commission, International Women's Media Foundation, and AIR. She got her start in radio at NPR member station KPCC in Los Angeles, and in a previous life, she spent many years as an administrator at public universities throughout California. Gutierrez received her bachelor's degree in German studies from Scripps College and her MFA in creative nonfiction from University of California, Riverside.